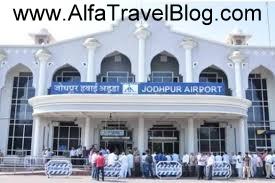 #Jodhpur #Festivals Of Jodhpur #Best Places To Visit In Jodhpur #What to eat in Jodhpur #Best time to Visit Jodhpur #How to Reach Jodhpur #Local transport in Jodhpur #Hotels in Jodhpur Jodhpur is the second major city of Rajasthan. It was built by Rao Jodha in the year 1459 and is also known as the gateway to the Thar. It is also known as Blue City and Sun City. It is one of the grand cities of India. Jodhpur has been named Sun City because the sun shows its brightness throughout the year and it is called Blue City because you will find all the houses of blue color there. Blue City, Sun City, Thar's entrance. All these are synonymous with the romantic and splendor of Jodhpur, Rajasthan. It is called Blue City due to Blue House which is considered sacred because it is associated with Lord Shiva. It practically calls for its 15th-century Mehrangarh Fort, which is probably one of the largest and well-preserved forts in India. Situated on a rugged rock at an elevation of
5 comments
Read more
More posts