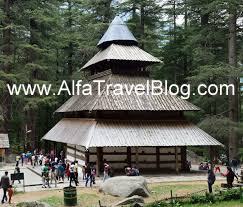 Visit Places in Manali, Places to visit in Manali,Visit Manali by Alfa Travel Blog o    Manali   o    How to Reach o    Places to Go o    Where to Stay o    What to Eat o    Where to Eat o    Best Time to Visit Manali : Rich in natural beauty, Manali is situated in the Kullu district of Himachal Pradesh. This hill station heights about 6400ft from mean sea level. Between the mountains of the Indian state of Himachal Pradesh,  it is a town nestled nearby the northern end of the Kullu Valley within the Beas River Valley. Manali is understood for its Buddhist monasteries or shiny gompas. With the extraordinary concentration of Tibetan refugees within the entire Kullu valley, it's famous for its Gadhan Thekchhokling Gompa, inbuilt 1969. The population of Manali counts 8096 according to the census 2011 It is the only hill station which attracts the maximum no. of people or tourists. Here the snow-covered in winter and its green meadows and deodar for
Post a Comment
Read more
More posts