Showing posts with the label #bhubaneswartravels
Show All

Bhubaneswar The Capital of Odisha 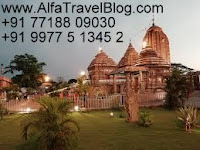 Bhubaneswar By Nimisha Jaiswal Bhubaneswar is the capital of Odisha state and is popularly known as the  “temple city of India” .   It is located on the south-west banks of Mahanadi River and lies in the eastern coastal plains.   It is interesting to know that the name Bhubaneswar is derived from the word  “Tribhubaneswara”,  which means Lord  (Eswara)  of the three worlds  (Tribhubana)  which refers to Lord Shiva. Bhubaneswar has about 400 temples of varying sizes mostly constructed during the 11th to 13th century period. Tourists and Pilgrims from all over the country visit this city to witness the magnificent Kalingan Architecture and the ancient Hindu temples built centuries ago. It is believed that the Kalinga war took place at Dhauli, a place near Bhubaneswar city. The aftermath of the war had affected Ashoka so deeply, that he converted to Buddism. So, Bhubaneswar is also a Buddhists pilgrimage destination. Hmm...Interesting, isn't it? Top 10
1 comment
Read more
More posts