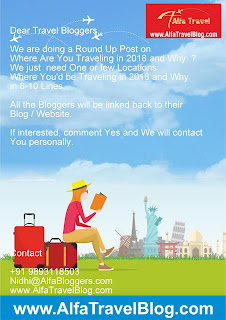 Rail Transport is also known as train transport. It is a means of transport, on vehicles which run on tracks (rails or railroads). It is one of the most important, commonly used and very cost effective modes of commuting and goods
carriage over long, as well as, short distances. Since this system runs on metal (usually steel) rails and wheels, it has an inherent benefit of lesser frictional resistance which helps attach more load in terms of wagons or carriages. This system is known as a train. Usually, trains are powered by an engine locomotive running on electricity or on diesel. Complex signaling systems are utilised if there are multiple route networks. Rail transport is also one of the fastest modes of land transport.

Description: Rail transport has emerged as one of the most dependable modes of transport in terms of safety. Trains are fast and the least affected by usual weather turbulences like rain or fog, compared to other transport mechanisms.

Rail transport is better organised than any other medium of transport. It has fixed routes and schedules. Its services are more certain, uniform and regular compared to other modes of transport. Rail transport originated from human hauled contraptions in ancient Greece. Now it has evolved into a modern, complex and sophisticated system used both in urban and cross-country (and continent) networks over long distances.

Rail transport is an enabler of economic progress, used to mobilise goods as well as people. Adaptations include passenger railways, underground (or over ground) urban metro railways and goods carriages. Rail transport has some constraints and limitations also. One of the biggest constraints of rail transport is heavy cost. Trains need high capital to build and maintain and the cost is magnified when a whole rail network is to be built. The cost of construction, maintenance and overhead expenses are very high compared to other

modes of transport. Also, rail transport cannot provide door-to-door service as it is tied to a particular track. Intermediate loading or unloading involves greater cost, more wear and tear and wastage of time. 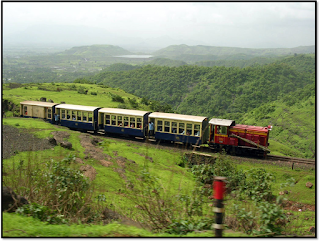